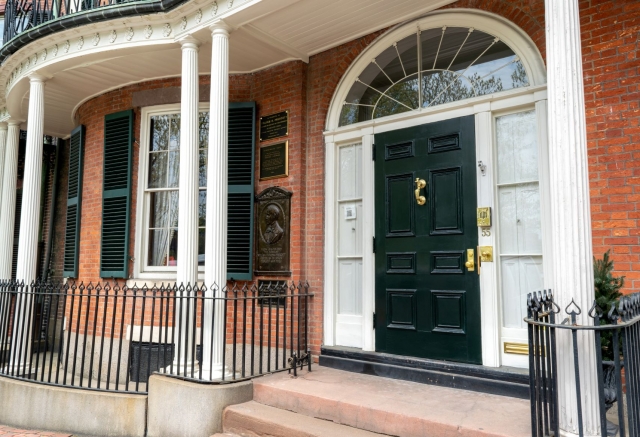 William Hickling Prescott House is an historic house museum located at 55 Beacon Street on Beacon Hill.  The house, built in 1808 and designed by Asher Benjamin, was designated a National Historic Landmark in 1964 for its association with William Hickling Prescott (1796-1859), one of the nation's first historians.  The house in now a museum operated by the Massachusetts chapter of the National Society of Colonial Dames of America, which purchased it for its headquarters in 1944.